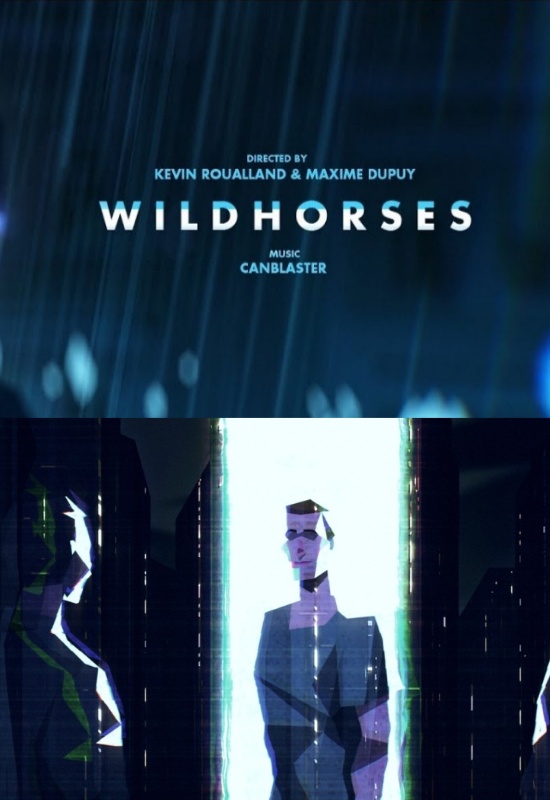 WILD HORSES is at once short film and electronic music video telling a dystopian sci-fi love story through beautiful, timeless animation. In a not too distant future, technology has enabled humans to digitalise themselves and achieve immortality as part of a database. A big metropolis readies itself for the first digitalisation centre. A young couple argue bitterly – one for, one against the procedure. On the day the centre opens, a large crowd of protestors gather outside. Some of them force entry to the digitalisation room and sabotage the system, unleashing the technology at random throughout the crowd. The city descends into chaos. The two conflicted lovers flee the riots, leaving the city to start a new life together.